Rode over to Brooklyn today, to check out the Brand X: Vintage Japanese Moto event.

Very cool vibe... and very HOT and HUMID.. so for me it was a sweat fest.

and I ask myself... how come I never photograph my bike LOL.

after that I headed into Manhattan with a few others to meet about our fight against 416A.

So more trackdays at NJMP for Terry and me.

Saturday was our SVRider.com day, so Terry finished his track SV and brought it to the track.

After the first session, he came in saying the bike isn't running right. "When I have the throttle completely open the fuel is cutting out.. something is wrong.." He presumes there is a problem with the fuel delivery or something and starts taking the gas tank off and blah blah blah. I'm sitting in my chair thinking.. "sounds like he's bouncing off the rev limiter.. but he's obviously not doing that... he should know what he's doing...."....... as it turns out... some one's become a bit spoiled with his 16k RPM redline ZX-6R..DOH! What a jackass lol.

Larry aka RD350 on SVRider, came out with his buddy, Steve on a Hypermotard. I got to play with him for a session, and that was a lot of fun!

So first half of the day sort of sucked. Someone who had their oil changed before the trackday unfortunately doubled up on their washer, and blew oil from pit lane out going into turn 2.. so there was a lot of time lost first thing due to clean up.

Then right before lunch, some jackass in over his head, trying to pass multiple people at Turn 5 high sides at he exit (2 bikes in front of me) and dumps oil on the track as well! WTF!! So early lunch


It was scorchingly HOT out! Which I believe led to many accidents during the weekend. Luckily no one that I knew.

after lunch someone crashes again in Intermediate, and Roy calls us into a meeting, trying to figure out what's going on. Some newcomers complain that Intermediate is too fast.... WHAT?

?
So Roy bumps up some people (Terry, Cru, Sam, and some others to lighten the group).

When I go back out the group is going faster anyway, I think because most of the jackasses had crashed out in the morning. And the guys saying it was too slow they should have been bumped down.
So the rest of the afternoon is a blast. 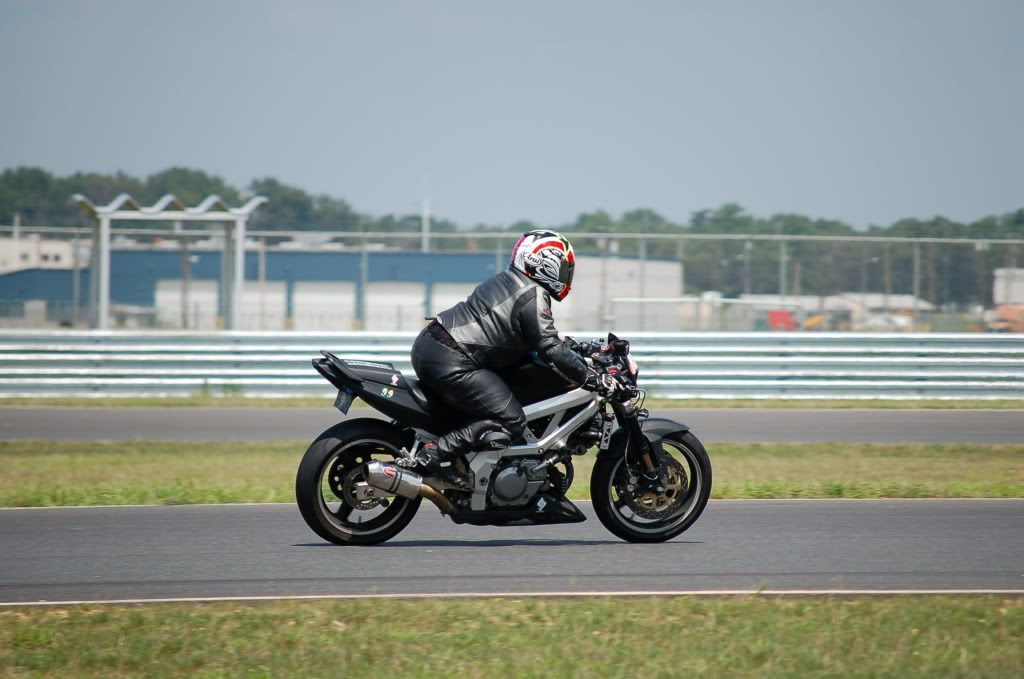 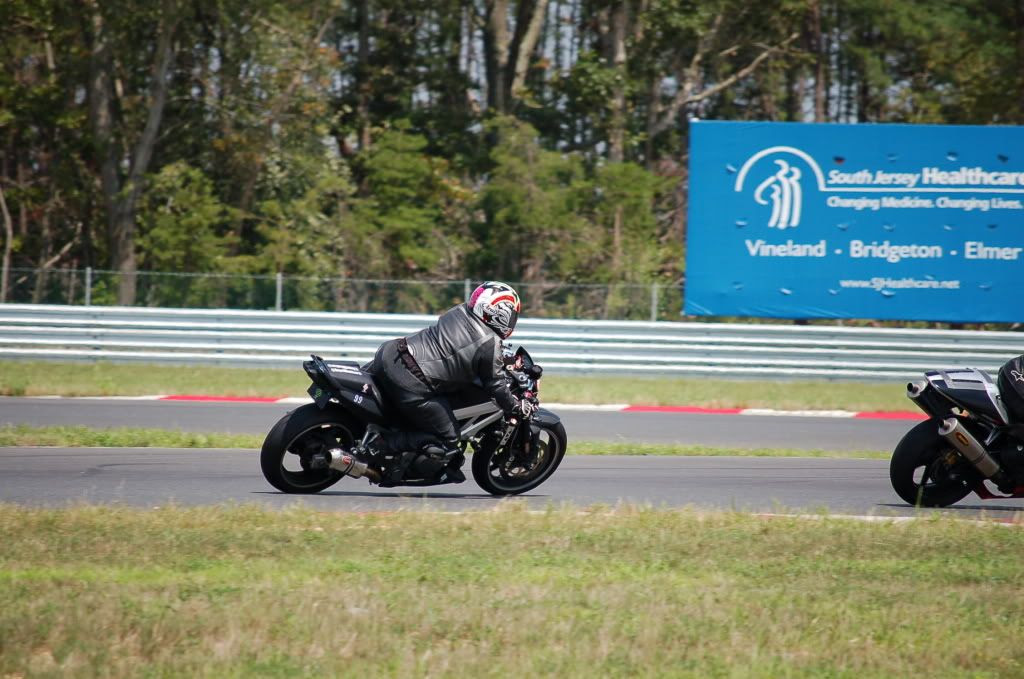 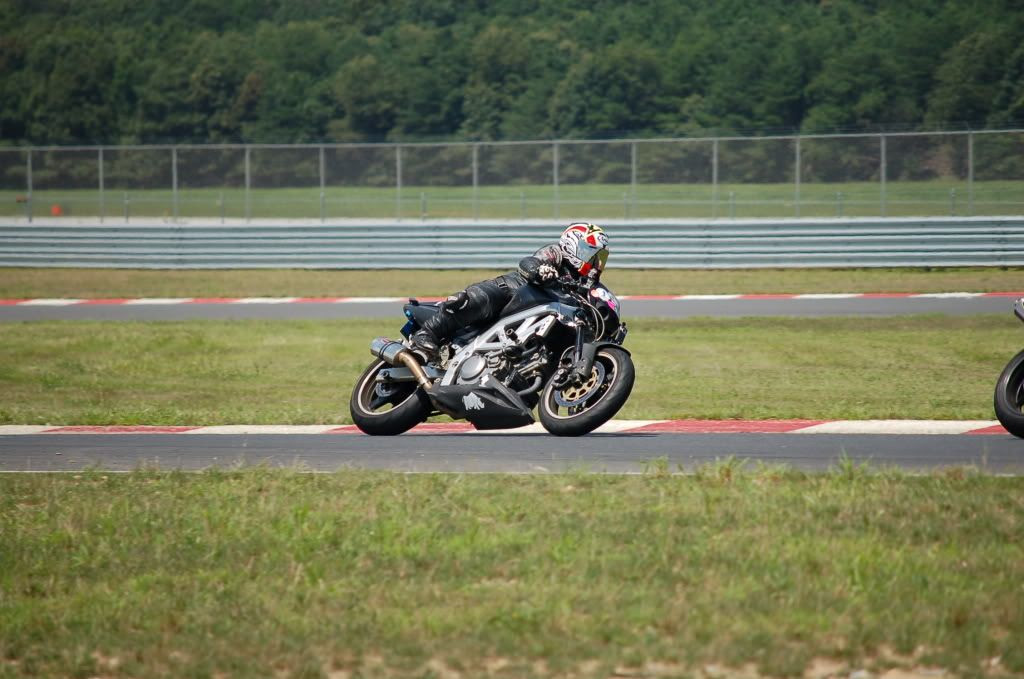 Last session someone lowsides exiting turn 2 , ending the session, I got that on video....

Sunday we took a skip day to relax and recover. We went to see District 9 which I LOVED!!!

Monday to the track again.

So I participated in Absolute's I-camp, and subsequently got another coach to work with, "Jesse". He showed me some new lines to help me pass people. And overall all the feedback I got from him as well as Roy and others, was I was doing excellent, I was smooth and consistent and it looks like I've pushed my SV to it's limits and perhaps need a faster bike. ;)

Don't know how it's going to end up looking on my bike. I think it might be too pretty for it :(

But after polishing the tank to a chrome like finish, it was painful to matte it all out. So I reached a compromise and decided to matte the sides of the tank, and polish the rest.

It's off to the powder-coater next.

still working on the gas tank. I'm down to 1000 grit now, and starting to get to a mirror finish. It's starting to look like Terry's chromo at some parts of the tank.. and that just won't do. ;)

I'll continue to polish it a bit more, and then bring it down to a matte/satin finish to match my aluminum bits on the bike. Then it goes out to the powder-coater! Can't wait.